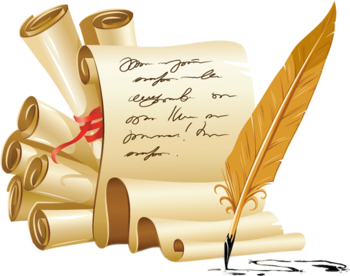 "A poet can survive everything but a misprint."
— Oscar Wilde, The Children of Poets
Advertisement:

This index lists tropes having to do with the medium and content of poetry in all its forms.