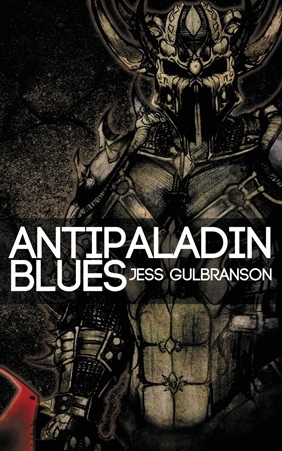 Trope-conscious Dark Fantasy parody written by Jess Gulbranson, concerning the adventures of an unwitting antipaladin in a dangerous world clearly founded on some common tabletop RPG tropes. Is first in a trilogy, followed by Archlich Hotel and Johnny Devil Comes To Town. No longer in Development Hell... buy it here!