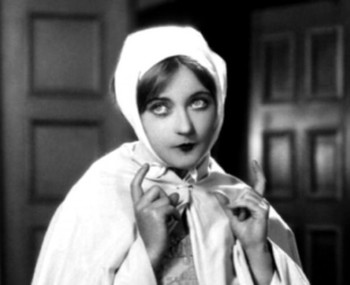 The Patsy is a 1928 comedy directed by King Vidor, starring Marion Davies.

Davies is Pat Harrington, daughter of the wealthy Harrington family. Her father loves her, but her domineering mother (played by Marie Dressler) strongly favors her sister Grace, leaving Pat in a semi-Cinderella situation, having to do the chores for both sisters, routinely having to hand over her nicest clothes to Grace.

The rivalry between the sisters has grown even more pitched, as they both are attracted to rich, handsome Tony Anderson. Tony and Grace are dating, with Tony completely unaware of Pat being head-over-heels in love with him. Ma Harrington is aware, however, and is determined to keep Pat away from Tony. The situation is complicated when charming playboy Billy Caldwell meets Jane and is instantly attracted to her.

This film is probably best remembered for the sequence where Davies, who had a talent for mimicry, does killer impressions of silent film stars Mae Murray, Lillian Gish, and Pola Negri in rapid succession.