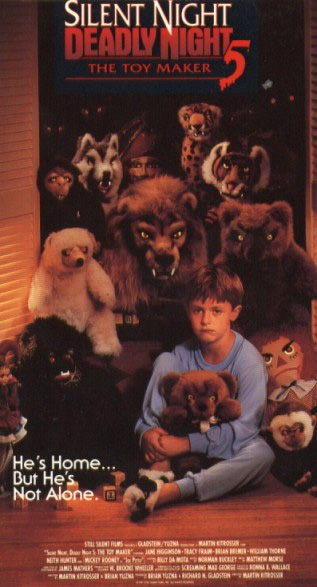 Silent Night, Deadly Night 5: The Toy Maker is a 1991 horror film. Loosely connected to the previous film, this one gets more into the holiday spirit, featuring toys that kill.

After the mysterious death of her husband, a woman, her son, and her former lover begin investigating the toys produced by an enigmatic toymaker named Joe Petto and his son Pino. Mickey Rooney portrays Joe, despite being one of the most vocal haters of the original film (he called the creators "scum" and suggested that they be "run out of town"); he probably needed the work and plays a mean, scary drunk surprisingly well.