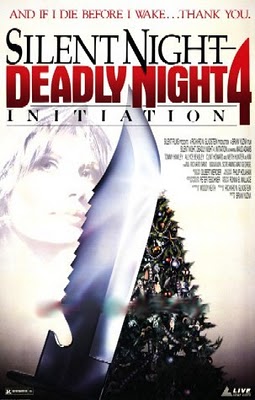 And if I die before I wake, thank you.
Advertisement:

Initiation: Silent Night, Deadly Night 4 is a 1990 horror film directed by Brian Yuzna and starring Clint Howard. This installment is unrelated to the previous three. Called Bugs in some releases.

After a woman bursts into flames in the midst of jumping off a building, wannabe investigative reporter Kim Levitt looks into what caused her death, encountering a Straw Feminist cult and freaking huge insects during her search.