Series / The House of Flowers 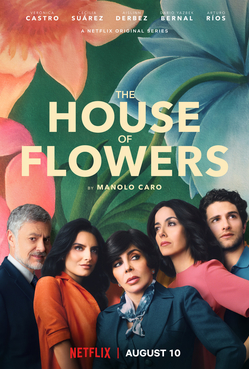 Virginia de la Mora has it all. A loving husband, three grown children, and a famous and successful flower shop in Mexico City's most exclusive neighborhood, which she inherited from her mother. The flower shop will soon celebrate its 50th anniversary. Then, in the middle of her husband's lavish birthday party, a woman hangs herself inside the flower shop, leaving a letter for Virginia, and the family's dirty secrets start coming to light. Now the family must try to keep themselves together while all of their worlds start falling apart.