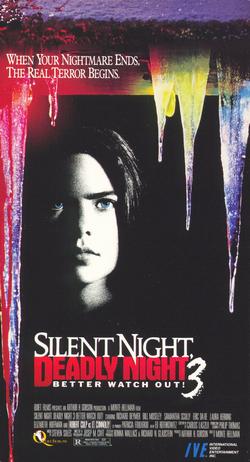 It's not GARBAGE DAY anymore...
When your nightmare ends, the real terror begins!
Advertisement:

Ricky (Bill Moseley) awakens from a coma due to forming a mental link with a blind psychic girl. Ricky (who has a snazzy clear dome replacing the top of his head, exposing his brain and its fluids) becomes obsessed with the girl and stalks her as she heads to her grandmother's house for the holidays, killing everyone in his way. On Ricky's trail are his slightly mad doctor and a high ranking law enforcement official.