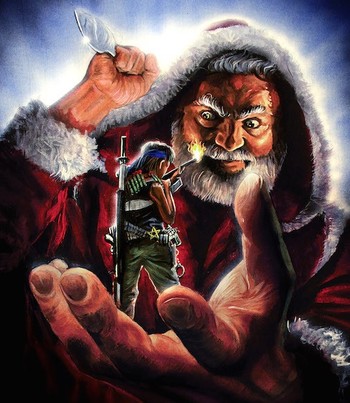 Thomas, a resourceful child, is left alone with his fragile grandfather on Christmas Eve. When a killer dressed as Santa Claus breaks into their home, Thomas does whatever it takes to defend his home and grandfather.