Film / And You Thought Your Parents Were Weird! 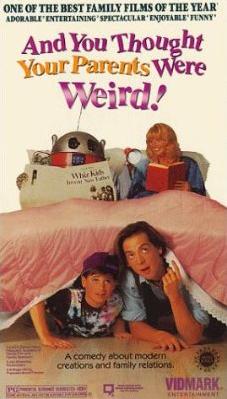 And You Thought Your Parents Were Weird is a 1991 family film about young inventors Josh and Max building a robot named Newman, which winds up being possessed by the spirit of their late father, Matt. The dad reconnects with his family and helps his sons build the Newman robot. When rival inventors steal the robot to dismantle it for the purpose of reverse engineering, the kids contact the spirit of Albert Einstein for help.