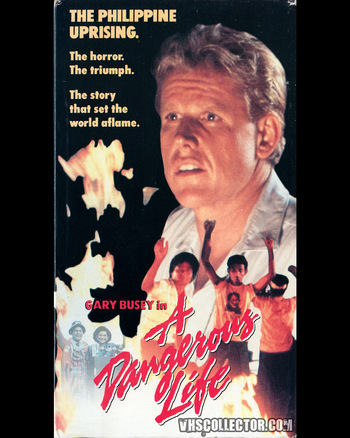 And you thought Indonesia had it bad.
Advertisement:

An Australian Made-for-TV Movie released in 1988, about an American journalist named Tony O'Neil (played by Gary Busey) who flies to Manila and covers the last years of the Ferdinand Marcos dictatorship, beginning with the assassination of opposition leader Benigno "Ninoy" Aquino Jr, and concluding in the People Power Revolution of 1986, which overthrew the Marcos dictatorship. Originally released as a six-part miniseries.

While it features Filipino actors, some of the scenes were shot in Sri Lanka and Australia. Worth noting that the Philippines itself has yet to make its own movies about these events because they are still too recent to many—most of the major political players involved are still alive and in positions of power and/or influence.