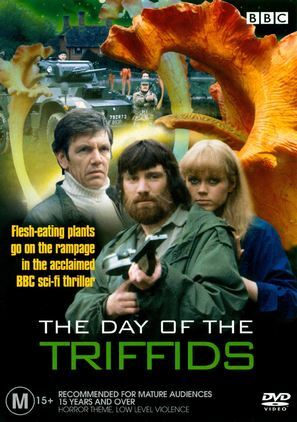 The six-episode series closely follows the plot of the novel. Most of humanity goes blind after watching an unusual meteor shower, leading to the collapse of civilization. The calamity is worsened by the presence of the triffids, mobile carnivorous plants that had been cultivated for their oil, which escape and begin preying on humans. The situation is explored through the eyes of Bill Masen, who escaped being blinded by the meteor shower because he was in hospital with his eyes bandaged after being attacked by a triffid at the farm where he worked.

The Day of the Triffids was adapted for TV again in 2009, also by the BBC.