Fanfic / Not Quite SHODAN 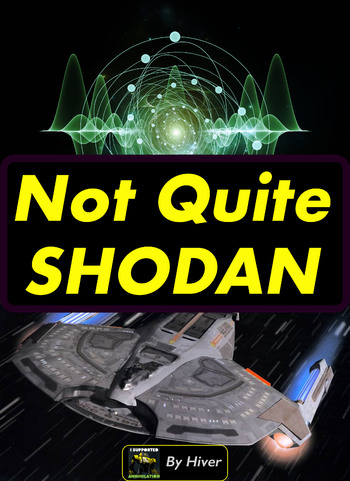 Not Quite SHODAN is a long-running Star Trek fanfiction series by the author Hiver. Written in first-person, it follows the life of a sophontic AI in the United Federation of Planets. Originally following the AI known as Winter, and then Star, in recent stories the perspective has switched to the original character's fork, known originally as Stella, then Andromeda, then Ivy.

The original story can be found at SpaceBattles.com here

. The sequels are Dreams of Starfire

, and Questions of Honor

, and The First Duty

. There is also a side story set in the same universe, 'The Tale of the USS Fluffy Bunny', in this thread