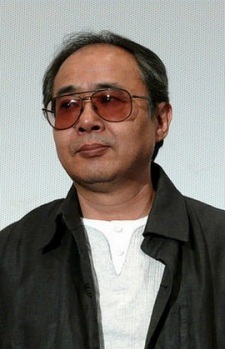 "I consider that someone else is more interested in something that is light and cute. There are many other creators who are skilled at that genre so I defer that work to them."
Advertisement:

Yoshiaki Kawajiri (川尻 善昭 Kawajiri Yoshiaki, born November 18, 1950 in Yokohama) is a critically acclaimed writer and director of Japanese animation. A former aspiring manga artist, he began his career in the "deceased" Mushi Production Animation until it closed in 1972, then went to have a succesful career in Studio Madhouse. Around 1987, Kawajiri was commissioned to make Wicked City, a very dark movie based on Hideyuki Kikuchi's novels; it was supposed to be a short one, but his bosses loved it so much that they told him to make it feature length, which he complied to. Ever since then, Kawajiri has been regarded as a pioneer of Darker and Edgier animation in Japan.

Compared to other directors of anime, Kawajiri has kept himself relatively low-key and unprolific as a director, having helmed less than a dozen of full projects and most of them being adaptations of little known works. However, he has worked as an animator for MANY series and movies, and has enough of a Cult Classic following in United States and abroad to be invited to animation ventures from time to time.

The love of many Americans for him is reciprocal: he is a fan of United States TV series like Mission: Impossible, Rawhide and Lost, and was already a big fan of The Matrix when he was called to partake in The Animatrix. Aside from Americans with big guns, he likes eveything related to Ninja, and it shows.

Not to be confused with Kosaku Kawajiri.

Main works in which Yoshiaki Kawajiri has been involved: