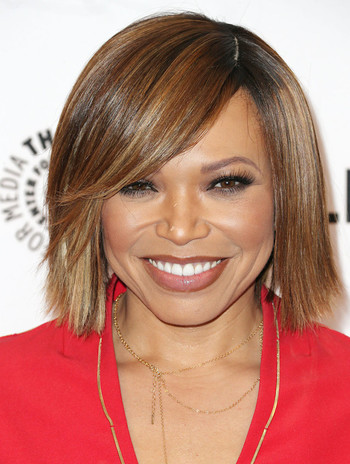 Tisha Michelle Campbell (born October 13, 1968) is an American actor and singer. She first appeared in Little Shop of Horrors as one of The Urchins (with future Martin co-star Tichina Arnold). She is best known for her role as Gina Waters-Payne in the series Martin, as well as her role as Janet "Jay" Marie Johnson-Kyle in the series My Wife and Kids.

She was married to actor Duane Martin for 22 years, before filing for divorce in 2018.