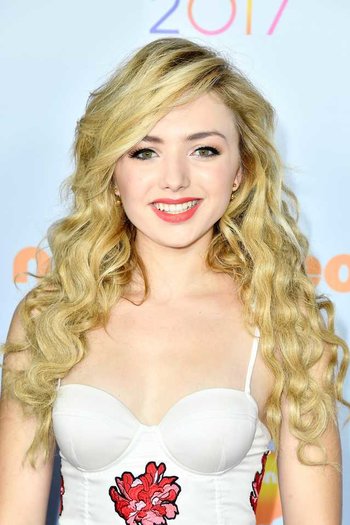 Peyton Roi List (born April 6, 1998) is an American actress and model who has appeared in over 30 films and television series.

She is best known for her roles as Sasha Burden in the ABC series Cashmere Mafia, young Jane Nichols in 27 Dresses, Holly Hills in the film adaptations of the Diary of a Wimpy Kid series, Emma Ross in the Disney Channel original series Jessie, and currently as Tory Nichols in Cobra Kai. In 2015, it was announced that she would star in the Jessie spinoff series Bunk'd with costars Karan Brar & Skai Jackson, which premiered on July 31, 2015. She also announced plans to pursue a music career.

She is not to be confused with the other (unrelated) actress named Peyton List, best known for her roles as Jane Sterling on Mad Men and Poison Ivy on Gotham. This caused a bit of a mess for the announcement of the voice cast for Batman: Hush, as both women are in the movie (the Gotham star again her role as Ivynote And technically, according to the commentary, she'd actually recorded for the film before replacing Maggie Geha in Gotham, the one this article is about voicing Batgirl).

She also has an extensive social-media presence, including accounts with Twitter