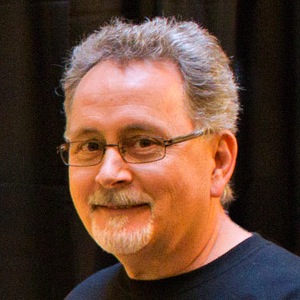 Greg Freres is an artist and graphic designer most reknown for his work in arcade pinball tables, with over 30 years experience in the industry.

After earning a degree in Studio Art in 1976, Freres entered the world of advertising, working as an apprentice for a local advertising company. In addition to learning about how to attract customers, he worked for several months with Kevin O'Connor; when Kevin left for Bally, he extended an offer to Greg, who leaped at the opportunity.

At Bally, Freres began in 1978 as an art designer. He remained with Bally and Williams Electronics as an artist on various pinballs and video games, later moving up to art manager. He stayed with the company for 21 years until Williams exited the pinball industry; he has since worked as an independent freelance artist and art director, developing artwork for everything from redemption games to microbreweries.

In 2009, he teamed up with longtime collaborator Dennis Nordman to form WhizBang Pinball, releasing the boutique game Whoa Nellie! Big Juicy Melons in 2011. He joined Stern Pinball full time in 2012.

Greg Freres' artwork can be seen in the following games: