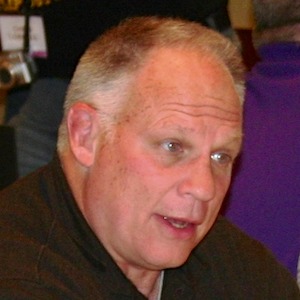 Paul Faris is an illustrator and art director with twenty years of experience working with arcade pinball and video games.

Faris was originally a high school coach and teacher who created fine art pieces in his spare time. In 1975, at the age of 26, he was contacted by Bally to join their new in-house art department. After turning them down twice, he eventually agreed; Paul quickly established himself with a clean, attractive style and balanced composition, and was soon promoted to Art Director in 1977. At Bally, his artwork appeared on many of their popular games, including Evel Knievel, Eight Ball, Playboy (Bally), Paragon, Xenon, and Centaur.

In 1985, he left Bally and started Paragon Studios, Inc., a small art gallery and studio in Wheaton, Illinois. He remained active in arcade gaming, however, developing pinball and video game artwork for Game Plan, Data East, Taito, and Sega Pinball.

In 2006, Paul Faris was inducted into the Pinball Expo Hall of Fame. Today he lives with his family in Illinois.

Paul Faris' artwork has appeared on the following games: