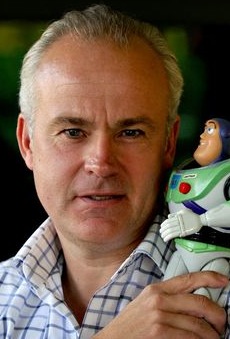 Gustav Fredrik Dolk (born 14 December 1961) is the Dan Green of Swedish dubbing. He has played masked chevaliers, a crocodilleman, a leacherous pervert, Kenneth Branagh a legendary king, a spaceranger, a mad scientist and a large rat. As a voice actor, he was in his prime with in the 90's but has continued a steady career as a regular one as well. If you grew up in Sweden in the 90's, chances are high you heard him. He started in the late 80's and had his highpoint in the 90's, becoming less profilic in the 2000's but still in the game.