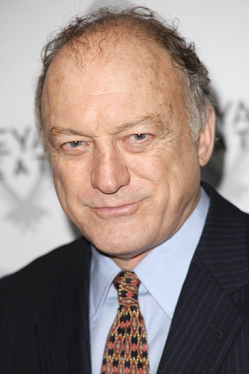 John Doman (born January 9, 1945 in Philadelphia, Pennsylvania) is an American actor best known for playing Deputy Police Commissioner/ Major William Rawls on HBO series The Wire from 2002 to 2008 and Colonel Edward Galson on Oz in 2001.

Doman was born in Philadelphia, Pennsylvania, and is an alumnus of Northeast Catholic High School. He is a 1962 graduate of North, an All-Catholic League football player and a member of the school's Hall of Fame. He is a 1966 graduate of the University of Pennsylvania, where he majored in English Literature and played varsity football.

Prior to embarking on a successful acting career, he spent 20 years in the advertising business. He is a former Marine Corps officer and a Vietnam veteran.