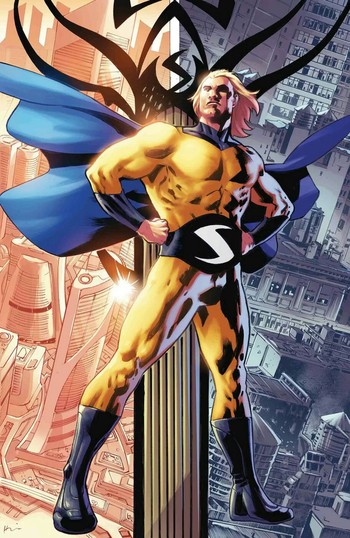 The Sentry is a Marvel Comics limited series by Paul Jenkins with art by Jae Lee.

One night, Bob Reynolds suddenly remembers that he is the Sentry, a superhero with the power of "one million exploding suns". Realizing that his arch-nemesis the Void is returning, Reynolds decides to seek out several prominent Marvel characters to warn them and to discover why no one remembers the Sentry.

See Age of the Sentry for tropes related to that series.

The Sentry provides examples of: