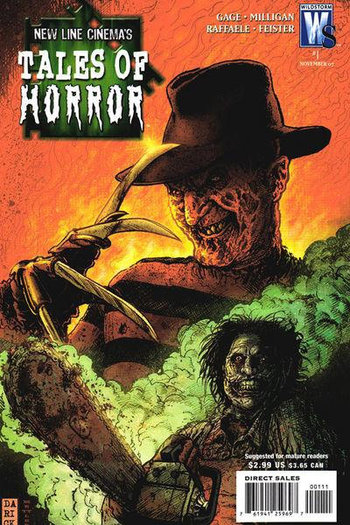 A 2007 one-issue horror comic from WildStorm, which has two tales set in The Texas Chainsaw Massacre and A Nightmare on Elm Street franchises.

In the first tale, "The Texas Chainsaw Salesman", a Traveling Salesman specializing in chainsaws finds his way to the home of the cannibalistic Hewitt family, and tries to sell his wares to them. In the second tale, "Copycat", the dreamstalking serial killer Freddy Krueger finds out that he has a fan of his work killing in his name.

The first tale provides examples of:

The second tale provides examples of: