The cast of characters from the DreamWorks animated movie Turbo and its flash-animated spinoff series, Turbo F.A.S.T..

As a whole
Advertisement:
Turbo 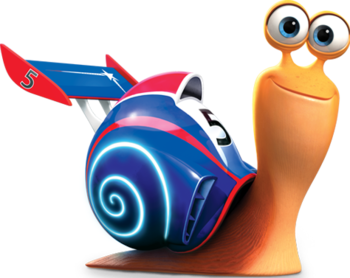 Turbo, hero of the garden snails, can out-speed anyone on the straightaway, but obstacles throw him a curve. Now the reigning Starlight City hero, Turbo is forced to take on a motley crew of challengers eager to take him down. Convinced that he and his team will always come out winners, he’s up for any challenge. Although this often gets him in trouble, Turbo’s heart is always in the right place. 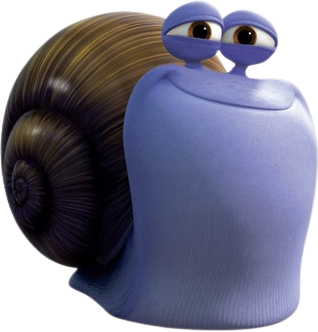 Turbo’s brother, Chet is his complete opposite, at least as far as taking risks is concerned. Chet is now part of the racing team but he never loses his worrying and cautious spirit. He is the team’s business manager and voice of reason but odds are he will be ignored 99% of the time.

Tito Lopez
A young Latino man who takes care of Theo and trains him for snail races, only to find out he is fast enough for car races. Voiced by Michael Peña.
Paz
One of the mechanics at Starlight Plaza voiced by Michelle Rodriguez.
Advertisement:
"Shellcrusher"
A kid on a tricycle who likes to run over things.
Guy Gagné
Theo's idol who is revealed to be an antagonist. Voiced by Bill Hader