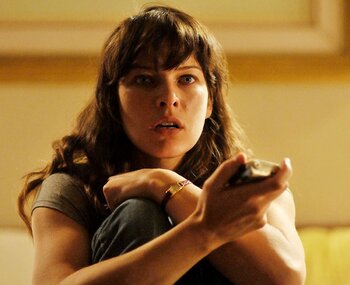 You can sit there and speculate, but I have to keep hope alive.
Portrayed by: Milla Jovovich
"Real" Abigail Tyler portrayed by: Charlotte Milchard

A psychiatrist that specializes in hypno-therapy. Dr. Abigail seeks to figure out her late husband's work after he died, believing his death to have been murder. Struggling to cope with the loss, she moves out into the small town of Nome, Alaska, to investigate a string of strange occurrences and disappearances. Using her hypno-therapy she learns from her patients that they've all been suffering similar nightmares from which they can't remember much. As she digs further into the matter Abbey starts to learn she might be digging a bit too deep... 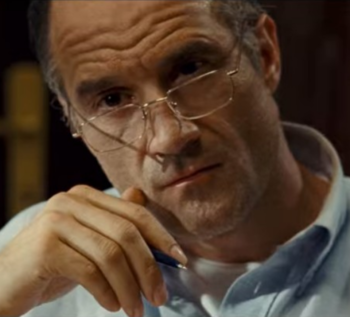 I know what this looks like, but I was there.
Portrayed by: Elias Koteas

A close friend of Dr. Tyler's and a therapist just like her. While entirely supportive of Abbey, he's also extremely skeptical of the strange things happening in Nome, believing there to be a logical explanation. But as Abigail's research continues he finds himself starting to believe in the unbelievable. 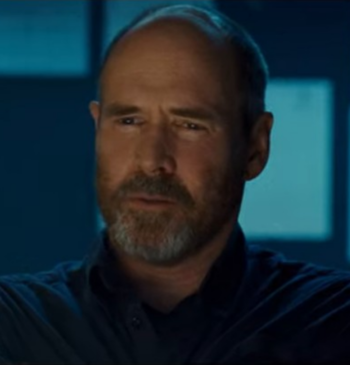 I don't deal in hallucinations or visions in the ether.
Portrayed by: Will Patton

The stubborn and volatile Sheriff of Nome, Alaska. He doesn't believe for a minute in what's happening in Nome being anything more than random psychosis, and is initially hostile and unfriendly towards Abigail when they meet. As more unexplained events happen right under his nose he gets more angry with Dr. Tyler and eventually starts becoming a bit of a problem for her. 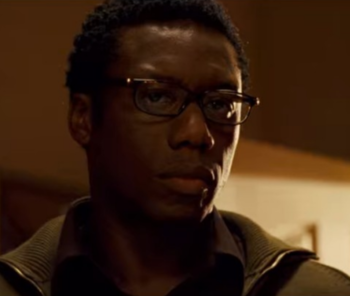 What I have found is, um, intriguing.
Portrayed by: Hakeem Kae Kazim

An expert linguist that mainly specializes in ancient languages and the cultures centered around them. Halfway through the movie it's revealed that he secretly worked with Abigail's late husband Will before his death, and thus she calls him in to help with her investigation. 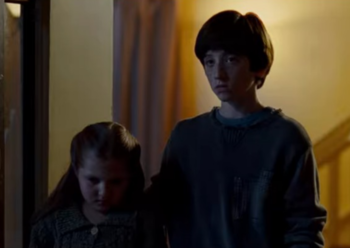 Abigail's two children. Ronnie is the older child and Ashley is the youngest. Ronnie deeply resents his mother and actually blames her for his father/her husband's death, while Ashley is rendered blind from the tragedy. They end up getting entangled with the investigation as it becomes more and more dangerous. 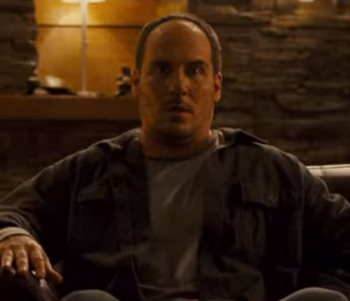 Zimabu Eter. What does that mean?
Portrayed by: Corey Johnson

One of Abigail's patients during her time in Nome, Alaska. Wants to find out why he can't remember anything after falling asleep, but once Abigail helps him remember, what he discovers becomes his very undoing. 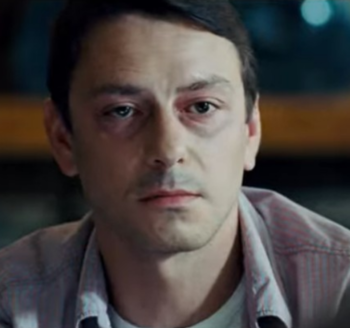 I don't want to talk about it, but I have to.
Portrayed by: Enzo Cilenti

Dr. Abigail's first patient in Nome, and the first to come to her about the nightmares keeping him up at night. Unlike Tommy who doesn't want to remember what he sees in his sleep, Scott wants to find out what's going on just as much as Abigail does, no matter how much it terrifies him. 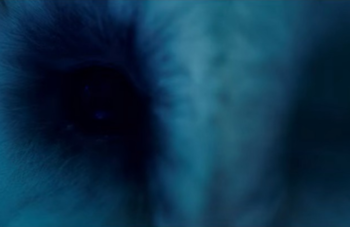 IT'S NOT AN OWL
The main threat of the film...Possibly. An extraterrestrial presence is plaguing the small Alaskan town of Nome with strange nightmares, all of them the same thing: the dreamer wakes up in the middle of the night and sees a barn owl at their window staring at them. However things are more than meets the eye, as Dr. Abigail Tyler soon discovers as she looks into her patients hidden memories through hypnotherapy. Unfortunately for her, these beings are not very keen on the idea of getting found out, and are more interested in keeping their existence as well as what they're doing to Nome's township a secret. Even if they have to break a few spines along the way.