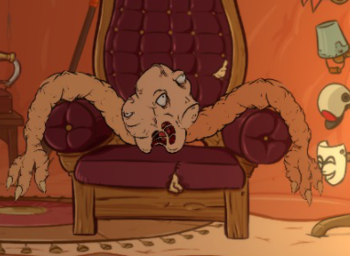 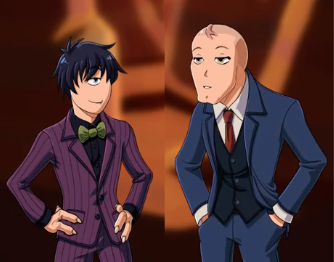 A pitiful lab experiment with a pair of conjoined heads and floppy flailing arms, Troy is an amalgamation of the prophesied heroes Hector and Achilles. He breaks out of the lab containing him and goes on a journey to reach his full potential. 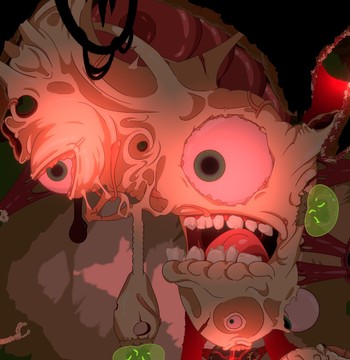 The first boss, Amadeus is an abomination god with a wonderful singing voice.
Advertisement:
Agamemnus, the Amalgam of Seduction 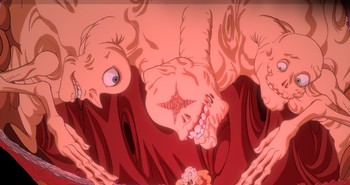 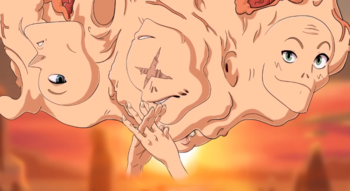 The second boss you encounter ingame. Agamemnus is an Abomination comprised of four "siblings". In order from left to right, the heads are named Paris, Pandora, Ulysses. Should you fail to charm any of them in their Dating Sim-esque game, the fourth sibling, Patroclus, will come out of hiding.
Morpheus, the Feeble Puppeteer (Unmarked Spoilers) 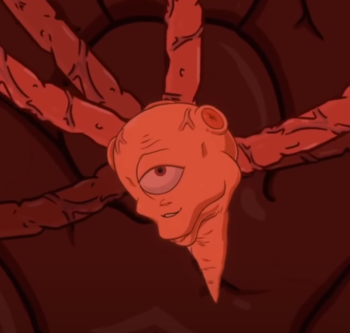 The final boss you encounter in the game, he is the younger brother of Amadeus the Firstborn. After defeating the Metaphorical Duck, said Duck swallows our heroes and inside of its stomach, it's revealed that this fellow was the one controlling it.