This is the characters page for M9 Girls!.

The leader of the M9 Girls, Any is more quiet and withdrawn than the others, but her observance and strong will make her quite capable at directing and working with others.

Perhaps the most outgoing and adventurous member of the M9 Girls, Clau is quick to try new things and has a generally upbeat personality.

Pato is the most level-headed and low-key of the M9 Girls. She has a more wry, reluctant personality, but still goes along with the girls in their efforts even when some parts of it seem silly to her.

Karla is the most social of the girls. She was something of a newcomer to the others when the experiment that made them the M9 Girls took place, but she quickly became fast friends with them and is in full support of the team. 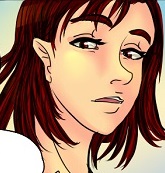 A friend of Karla’s. Golden is a bit cynical and suspects something is going on at the lab that the girls are hiding from her. 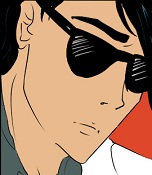 A young doctor who runs the experiments at the lab and is the person responsible for the girls getting their powers. His motives are uncertain, but he seems to be up to something and it may not all be in the best interests of the M9 Girls.