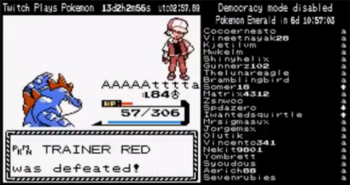 No Gods. No Kings. Only 'Mon.
Advertisement: