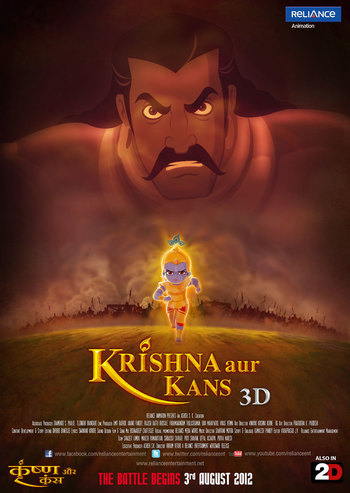 Brutal tyrant Kans rules the kingdom of Mathura with an iron fist after overthrowing his father. When Kans learns of a prophecy that his cousin Devaki's eighth child will kill him, he has her and her husband, Vasudev, imprisoned. The two are forced to hide their child, Krishna, in a nearby village to avoid him being killed by his uncle. Growing up as a naughty prankster, Krishna proves a hero in the eyes of his village as he defends them from the demons sent by Kans to kill him, culminating in a final standoff between Krishna and Kans to determine the fate of the kingdom.