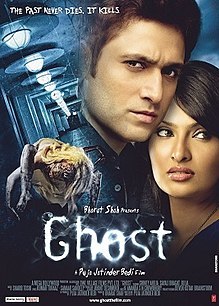 There is a ghost named Mary Madgeline with cockroaches all over her body roaming a hospital. Doctor Saxena and a nurse are both murdered by this ghost at the same time, which is 3:00 a.m. Investigator Vijay Singh is called in to investigate this. Dr. Suhani is sure that the murders are done by a supernatural being, but Vijay doesn't believe it. However, as more murders happen, and Vijay starts recovering from memory loss, he finds out that he has more of a connection to the ghost than it appears.