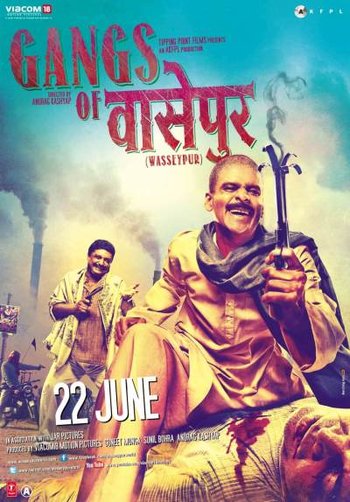 Gangs of Wasseypur is a Bollywood crime epic film released in 2012 directed by Anurag Kashyap. It's about a six decade long fight between the Khan family and Ramadhir Singh.

The movie premiered at Cannes and received unanimously positive reviews. It was five hours long and was released in two parts. The first movie showed the death of Shahid Khan and his son Sardar Khan's attempt to avenge him and become the most powerful man in Wasseypur. The second movie showed Sardar's son Faizal attempting to avenge the death of Sardar.

The movie is known for brutal but not exploitative violence and harsh language with an Evil vs. Evil morality.