Anime / Inuyasha the Movie: Fire on the Mystic Island 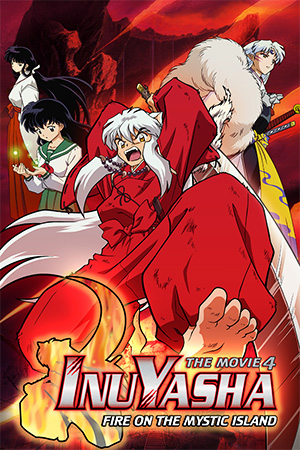 Inuyasha the Movie: Fire on the Mystic Island is the fourth and final Inuyasha film, released in 2004.

The action takes place on Horai Island, a mysterious island that only appears once every fifty years where humans and youkai live together in harmony. Unfortunately, said harmony is ruined by the tyranny of the Four War Gods, who take over and torment the populace. One resident, a half-demon child named Ai, manages to escape the island and track down none other than Inuyasha and his companions for help.

Inuyasha the Movie: Fire on the Mystic Island contains examples of the following tropes: