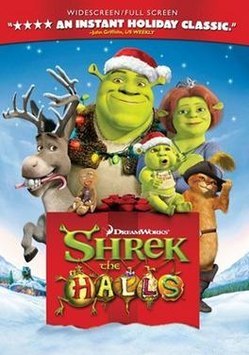 Shrek discovers on the day before Christmas Eve that Fiona and their children — despite Shrek's insistence to Donkey that they don't care about Christmas — are excited for Christmas. Shrek has never celebrated Christmas before, and immediately runs out and buys a book about how to make the perfect Christmas for his family. Everything works out according to plan... well, until Donkey and the others barge into their house for a wild Christmas party.

Tropes featured in this special: