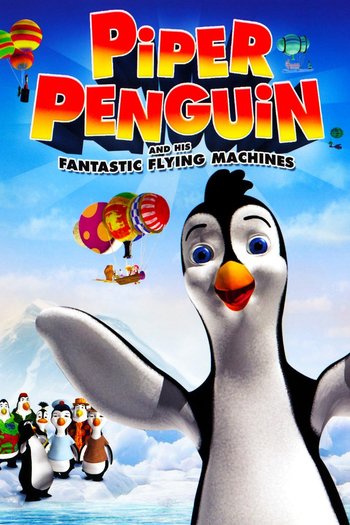 Piper Penguin And His Fantastic Flying Machines, formerly known as Penguins: Waddle On, is an All-CGI Cartoon released by Spark Plug Entertainment in 2008. Its plot mostly revolves around Piper Penguin, who dreams of flight and exploring what's beyond Penguinville. The problem, however, is that Piper's machines fail most of the time. He also has to endure penguin high school, which has its prom just around the corner. After the big event, however, a killer whale breaks in and threatens to eat the captured penguins, and it's up to Piper to build a flying machine to get there in time.