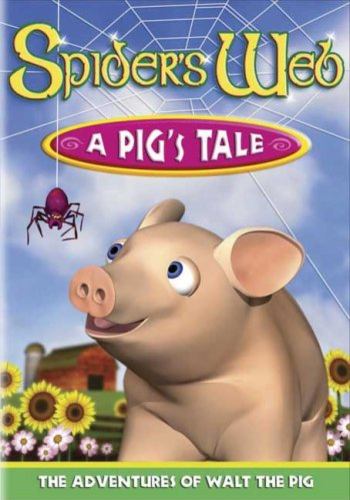 Spider's Web: A Pig's Tale is an All-CGI Cartoon by Spark Plug Entertainment. The story revolves around the misadventures of Walt, a naïve and troublemaking piglet who constantly tells lies in attempts to get himself out of trouble, much to his mother and his friend Tiffany the Spider's dismay. One day, a snake by the name of Noiman Ja Rahr comes to the barn, and takes Walt to Viperwood, a.k.a Hollywood, claiming he has big plans for Walt, when really he is planning to turn Walt into bacon. The plan backfires however when Tiffany, her friend Crystal, and a wasp named Gilbert (who wishes he was a bee) arrive and save him from the slaughter house.

Yeah, It's one of those films.