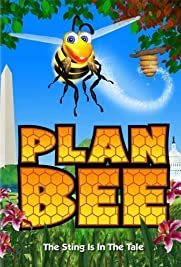 The Sting is in the Tale
Advertisement:

The film centers around a worker-bee named Bing, who, along with the other workers, is being worked to exhaustion by the evil queen Akif and her cruel second-in-command Bellza. Akif has usurped the hive from the previous Good Queen Beatrice, and has an insatiable demand for more honey. Forced to expand the hive and obtain more honey for the greedy queen, Bing and the others, with the help of their friend from another hive, must find a way to liberate the hive from her control and restore the rightful queen to the hive.

As the title would suggest, this film is loosely based on the 2007 DreamWorks movie, Bee Movie.

It has a reputation for being one of the worst films ever made, as a Shoddy Knock Off Product of The Bee Movie, and is indexed by the

I shall return to reclaim my throne, and next time, I won't be so nice!