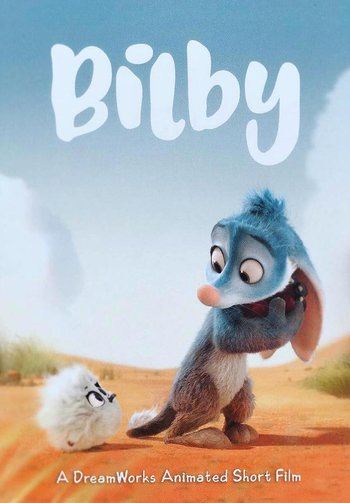 Bilby is a computer-animated short film by DreamWorks Animation, one of the first two in the studio's short films program (the other is Bird Karma). It was originally planned to be a feature-length musical film, titled Larrikins and directed by Tim Minchin. However, when the film got cancelled, a group of animators who worked on the character models for the film used them to create this short instead. It can be found on Blu-ray and DVD copies of How to Train Your Dragon: The Hidden World.

The short tells the story of the eponymous bilby, who finds an albatross chick in the middle of the Australian Outback and makes a brave effort to return it to its home by the ocean.