Western Animation / Asterix and the Big Fight
aka: Asterix And The Soothsayer 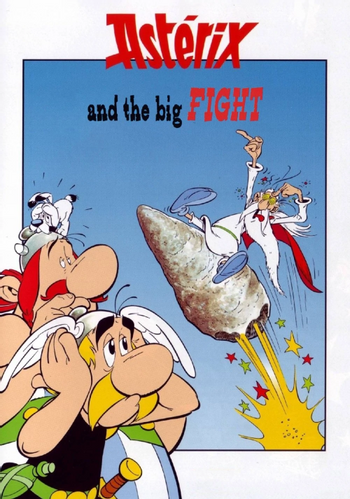 One day, the Roman garrison stationed around the indomitable Gaulish village decides to kidnap said village's druid, Getafix, for he is the one who makes the magic potion that grants Super Strength to the villagers. While Asterix and Obelix are rushing to his rescue in the forest, Obelix throws a menhir (man-made granite monolith) at the Roman legionaries, which lands on the druid and renders him both amnesiac and insane. During the stormy night that follows, Prolix, a strange wolf pelt-wearing man pretending to be a soothsayer comes at the village.

Asterix and the Big Fight provides examples of:

Alternative Title(s): Asterix And The Soothsayer