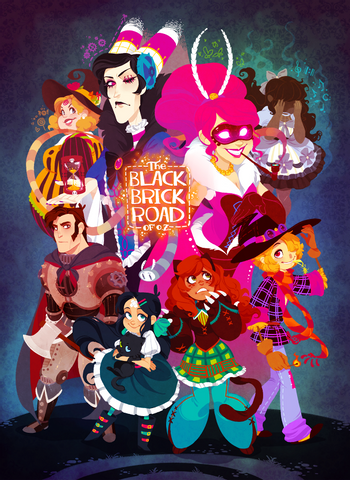 The Black Brick Road of OZ was a Web Comic by Xamag, based on L. Frank Baum's books about Oz.

It follows the adventures of a girl named Dorothy Gale and some other guys in the bizarre world of O.Z.

While early pages were posted in the author's gallery on DeviantArt

, the comic in its (current) entirety can be read on its own site now

The Black Brick Road of OZ provides examples of: