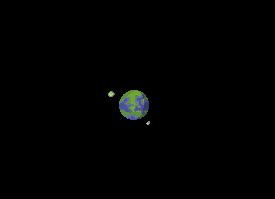 Space. To some, the final frontier. But to others, it's just the beginning.
"In which six teens discover some unknowns should be left that way."
—Description of First Contact

First Contact is an ongoing MS Paint Fanventure created by Pavizi on January 3, 2017. The story follows six teenagers, complete strangers to each other, who find themselves on an alien planet far from home for reasons unknown. What awaits them in the vast unknowns of space, and what powers could've brought them to this situation?

The link to First Contact can be found here.

The story accepts commands from the comments or the creator's Tumblr.

This page contains some heavy marked spoilers. You have been warned.