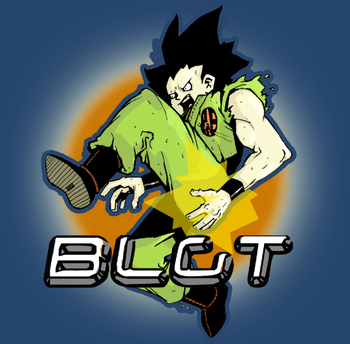 "Hold on to your asses, ass-holders."
Advertisement:

can best be described as an Affectionate Parody of Dragon Ball Z. 'Affectionate' in the sense that it takes the tropes present in DBZ and takes them Up to Eleven.

Basically, there are three jokes here:

Crass and immature, but hilarious nonetheless.