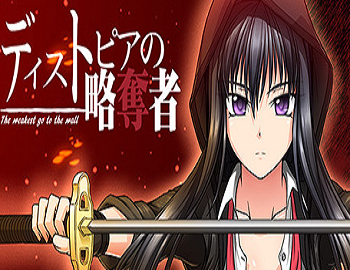 Killing Time is a Role-Playing Game created with RPG Maker, developed by OneOne1, and published by Sakura Game. It was released on Steam on September 20, 2017. It is not to be confused with the horror-themed FPS by Studio 3DO from 1995.
Advertisement:

This work focuses on Hatsuki, a trained assassin. The player controls her fate, including whether or not she remains a virgin. So far in her life, she has been dedicated to her job, especially as she was raised and trained by La Résistance's leader, Edgar. However, she has fallen in love with a young doctor named Bruneau, and knows that her current situation can't go on forever. Additionally, there's always the temptation of prostitution and other illicit acts to help fund the crusade, lest her only income be from reducing her foes to corpses. Will she be able to conquer The Empire that has oppressed the land, or succumb to debauchery in the process?

This work makes use of the following tropes: