Video Game / The World Next Door 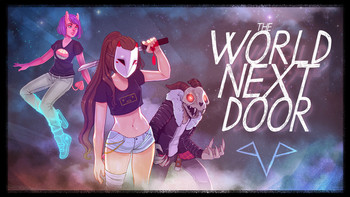 The portal has opened.
Advertisement:

The World Next Door is a narrative-driven, action-adventure game that follows Jun, a rebellious teen girl trapped in a parallel world inhabited by magical creatures. Produced by Rose City-Games and published by Viz Media, inspired by emotional storytelling and thrilling action, Jun meets and develop friendships with an eclectic cast of characters while uncovering the mysteries hidden within the world.

It was released for Nintendo Switch and Steam on March 28, 2019. Viz Media released a prequel novel