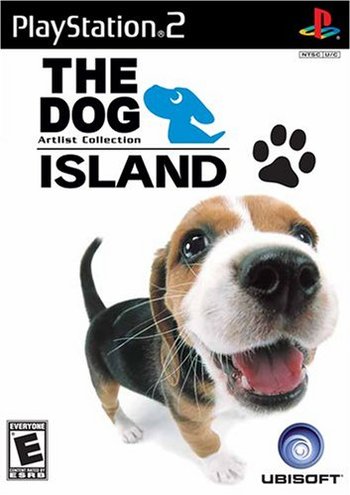 I always think of you and I'll try to cross the emerald ocean, as long as the stars are guiding me, I don't know how much time I need...
— Game opening song
Advertisement:

The Dog Island is a 2008 video game by Yuke's for the Wii and Playstation 2. The player controls a cute super-deformed dog in the style of THE DOG: Artlist collection. The story starts as the protagonist leaves his/her calm village to go to The Dog Island to save their younger sibling from a mysterious sickness. The player takes a trip on a pirate ship, but the journey goes wrong and they end up in Pupsville. It is here that they meet Dr. Potan, who says he can heal the player's sibling if he has the right herbs. However, this information turns out to be inaccurate, and to truly save their sibling the player must find the Legendary Flower.

The player later encounters an odd creature, an Anc called Petasi, who decides to accompany them after planting a tree in the centre of Pupsville. The player then begins their journey throughout the Dog Island to become a Sniff Master and find the Legendary Flower, in addition to solving the mystery of the Ancs and learning the secrets of the Dog Island’s citizens.

No relation to 2018 Wes Anderson film Isle of Dogs.