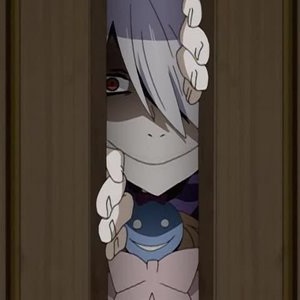 It's been said that if you DON'T watch Pandora Hearts Abridged

, the cast sends Break to stare at you as you try to fall asleep.
Xerxes Break: The Fourth Wall just broke again, didn't it?
Vincent Knightray: Who cares? I'm FINALLY in the series and I get to use my scissors! Oh isn't it just mar~velous?
Echo: End episode. (Cuts to Black)
Xerxes Break: Ahh!... Really wish I could do that!
— Pandora Hearts Abridged, "Episode 10"
Advertisement:

Pandora Hearts Abridged, by megasupermatt, is an abridged series centered around the anime, Pandora Hearts. As of May 2011, he has removed all but his first episode from his main channel and moved them to 'PandoraHeartsAbridged', which focuses exclusively on the abridged series.

From the time he first began parodying Pandora Hearts, early on in 2010, to now, 'megasupermatt' has gone through quite a number of casting changes and such; leaving Raven/Gilbert and Oscar as the only characters of the series with their voices consistent from beginning to end. Though some have left for varying reasons, the only voice-actor who left unceremoniously was 'SoraDante666' (who has since changed his name to 'finalpalerider66') due to... "creative" differences, so to speak. As of now, the cast is being voiced by:

Tropes: Because adding tropes to a page is the kind of thing kids are into these days