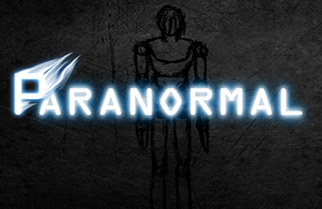 "Hello, my name is Mattel Clark. I'm an artist, and I've come to believe that my house is haunted. Lately, things have been going bump in the night. A lot. So, I've set up cameras around my studio, and I've got one here, and I've started recording things to try and prove to people that I'm not going crazy."
Advertisement:

Paranormal is an indie-produced horror game for PC. It entered Steam's Early Access in 2012, and is still there as of 2019.

The game's style is reminiscent of Found Footage Films, as the player directs a new homeowner's attempts to capture his (very) haunted house's ever-intensifying supernatural manifestations via In-Universe Camera. Every running of Paranormal is unique, as the spooky events and increasingly-dangerous apparitions are generated randomly each time, becoming more extreme as Mattel's investigation stretches out over several nights. Assuming he lasts that long...