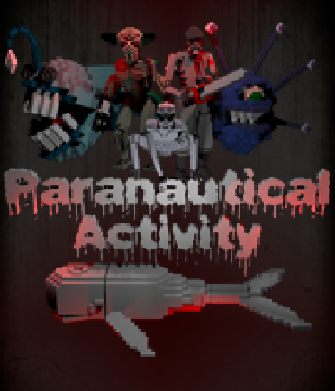 Paranautical Activity is a voxel-based FPS roguelike originally developed by Code Avarice. It's closest in style to The Binding of Isaac in that you have a choice of a number of "characters" with their own unique weapon loadouts and parameters (speed, shot power, health, etc.) plopped in a mazelike series of rooms. From there you have to make it through each floor, collecting or purchasing various items that give you permanent or immediate boosts in your stats, new skills or weapons, and other effects. Rather than Isaac's disturbing themes and artstyle, though, this game takes place on a ghost ship filled with all sorts of monsters both nautical and non-nautical themed.

Paranautical Activity was available on Steam as an Early Access beta. However, after one of the game's developers Mike Maulbeck threw a fit on Twitter

over the game still being promoted as Early Access after its final release, which included a threat to kill Valve Software CEO Gabe Newell while his display name was temporarily shown as "Mike Murderbeck" for Halloween, the was removed from the service by Valve. Afterwards, Maulbeck apologized for his actions, left the development company, and sold his interest in his former employer, although he has since been rehired with the studio making new policies to prevent incidents like this from happening again.

On February 13, 2015, an Updated Re-release subtitled Deluxe Atonement Edition was released on GOG.com. One day later, this edition of the game also appeared on Steam. It should be noted that Code Avarice no longer owns the game's IP, as they have given it up to Digerati Distribution & Marketing. The game was also released on PlayStation 4, Xbox One, Nintendo Switch, and Play Station Vita.