Video Game / Knights of the Crystals 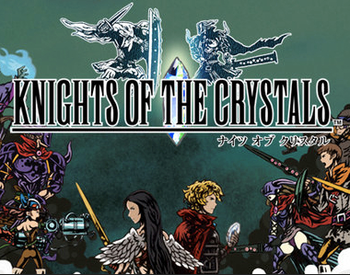 2010 social RPG from Square Enix, available for free on GREE-enabled mobile phones in Japan and worldwide through Facebook. It has the feel of the pancreas-laceratingly popular Final Fantasy and the gameplay of Mafia Wars. Illustrated by Ryoma Ito, of Final Fantasy Tactics A2.
Advertisement:

Alternative Title(s): Knights Of The Crystal