Video Game / I Wanna Be The Fangame 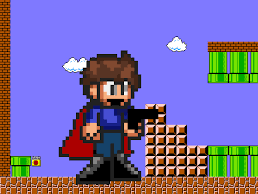 I Wanna Be The Fangame is a spinoff of I Wanna Be the Guy made by Tijitdamijit and Matt. The final version was released March 9, 2010, but it is still under development. It has been submitted to Moddb and can be downloaded here

Being a fangame, most of the tropes from I Wanna Be the Guy are present as well (but more so), including Nintendo Hard, One-Hit-Point Wonder, Platform Hell, Trial-and-Error Gameplay, Spikes of Doom and the like.