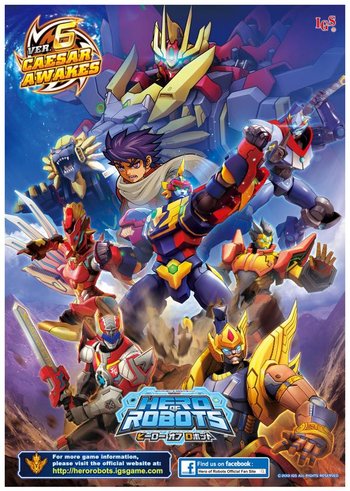 Promo art for the 6th version.
Hero of Robots is an arcade Card Battle Game developed by International Games System in 2011. It uses a cabinet arcade machine that scans cards for use in the game, much like Animal Kaiser.
Advertisement:

The game is turn-based, with two robot characters battling each other for five turns each.

, while English Version on its 4th version

Includes a character sheet for current four versions, and some Shout-Outs.