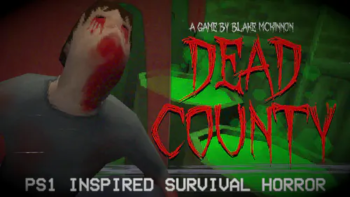 A delivery man is driving his van down the highway one night for what he thinks is another routine delivery when he comes across a downed tree. Grabbing his flashlight, he sees a crashed truck behind the tree, with a dead body lying next to it. Taking another route, the radio says there are zombies going around eating people. He ends up hitting one, which causes his van to become busted.

From there, the delivery man decides he needs to get home.

The game was released for PC around November 18th, 2019 on Itch.io.