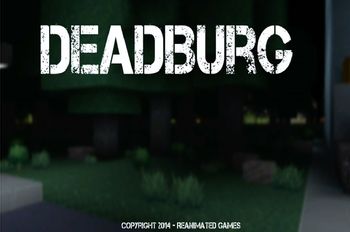 A first-person voxel-based zombie survival game from Jeff Loiselle and Liam Richardson, released on December 25th, 2014 on the Xbox LIVE Arcade Indie Games marketplace for $1. A proper PC Steam release has been floated, but as of 2019, nothing has happened yet.
Advertisement:

Your Xbox Avatar is dropped into a procedurally generated city, with nothing but their wits, basic medical supplies, and a hockey stick. They'll then need to craft everything they need to survive and deal with the spawning hordes of zombies.